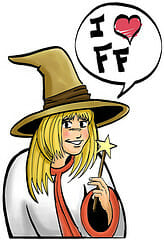 As it’s the 25th anniversary of the series Square Enix have picked 25 finalists. You get to vote at www.ff25th-anniversary.com/superfan, picking a region on the way.

A Spanish site is currently in the #1 position, by a few votes, for the UK region. Tifita not only runs the blog Final’s World, but has her own Final Fantasy game and sings the theme tunes too.

That’s some impressive fandom right there. Pretty much all the candidates are impressive and the competition is worth a few seconds of your time. It’s just a shame Square Enix didn’t bake in a reward system to encourage the community to come out and vote. At this rate it’ll be the fan with the biggest social media audience who manages to lure in the most votes who’ll take the prize. 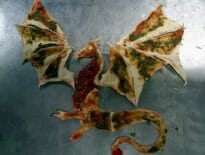 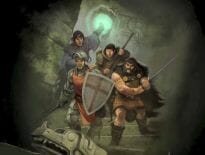 Tabletop & RPGs Dragon Warriors returns to print, hardback
💰 Copper Coins 💰 Geek Native is an affiliate and may earn commission on purchases you make from third-party sites.
🍪 Privacy & Cookies 🍪 The site uses cookies to survive. By accessing the site, you agree to use your browser to control cookie use or take 1d4-3 privacy damage (tracking). If you defeat cookies via ad blocking, please consider the Patreon. An intro to cookies, and how to control them, can be found here. I Manage Cookies