You are here: Home / Games / Tabletop & RPGs / Is D&D Insider’s move to Silverlight for Character Builder too little, too late?

Yesterday Wizards announced that their software for building 4e Dungeons and Dragons (cleverly known as ‘Character Builder’) would no longer be supported in its current format and would be moving to Silverlight.

The current format is an executable program. You download software from Wizards of the Coast as if you were downloading a game, music player or new word-processing software, install it and run it.

The advantage of that approach is that once in place the software looks after itself, doesn’t need you to be online or anything like that – although you did need to go online and give the software your up to date D&D Insider password if you wanted to download the latest corrections and new types of characters.

The disadvantage is that all that software and the characters it created lived on your computer. In my case it lived on the travelling laptop I take up to deepest, darkest Scotland for my monthly 4E games. If I was mugged by Dundoom orcs and my laptop stolen the Character Builder software and characters would be lost too. Another problem is that this is Wizards providing executable software for my laptop to run – and each and every piece of anti-virus software and firewall security I’ve ever had has always had a problem with it. I’d always get a “What the heck is this? Do you really want this to run on your laptop?” prompt.

Silverlight is different. Silverlight was designed my Microsoft to bridge the distance between your PC/laptop and the internet/the cloud. Silverlight is much lighter (less download space) and once installed you use it to run an interface that lets your interact with the web. I use Seesmic Desktop for Twitter, for example, and the latest version of that uses Silverlight.

The disadvantage to Silverlight is that you need to be connected to the internet (which is where your character details are stored) in order to make it run. Already I’ve spotted some gaming blogs worried that Wizards will use this to force you to keep up with your D&D Insider payments – if you slip behind, they’ll notice, know it’s you when you connect to the web and won’t share your character details.

The great advantage of Silverlight is that it’s easy to have it running on my PC at home and my travelling laptop. Using the interface I’ll be able to access the same character sheet and a change I make at home while working out how I’ll level up will be automatically accessible from my travelling laptop when I go north to Dundoom to play the game.

I think the move to Silverlight will ruffle feathers but I think it’s a good move. Wizards are an RPG publisher. They’re not a software house. I think Silverlight suits them better and I’m more comfortable with getting my Character Builder supplied to me via Silverlight. I suspect my anti-virus and firewall software will agree.

Is it enough, though?

Silverlight runs on my PC and laptop… but if I had an iPad would it run on that? Wouldn’t an iPad be an awesome device for a character sheet? What about my HTC Desire Android phone? That’s big enough to read books on. Why can’t I use it for D&D character sheets?

Just last week Microsoft themselves hinted the future for some web-based stuff might not be Silverlight. There are senior folk at Microsoft who think HTML5 is the way forward. HTML5 is the next generation of HTML (pretty much all of the sites you visit today use HTML4) and it’s going to be far more impressive than its predecessor. For example, you’ll be able to watch movies in HTML5 without a download.

Microsoft, and others, all point to HTML5 as the fully portable future solution. If the next generation of Character Builder is in HTML5 then you can use any device with an HTML5 browser to make it work. This would include phones, tablets, laptops, PCs and any other device we might invent.

So is the Silverlight Character Builder too little and too late? Whereas it’s been published at a bad time – just when Microsoft are beginning to make the noises and suggest that the future might be HTML5 – it’s also true that HTML5 is not yet finished. Gamers stuck on horrors like Internet Explorer 6 (how many hit dice does that have?) won’t be able to use HTML5.

So, no, the new Character Builder isn’t too late. It illustrates that Wizards are trying to keep up with the technological trends and it also illustrates just how hard that is going to be. Combine that with the usual host of change-reluctant gamers and you know Wizards will hear a lot of grumping about this for years to come.

For now, at least, we can content ourselves with some Wizards’ supplied screenshots of the new Silverlight CB in action. Check them out. 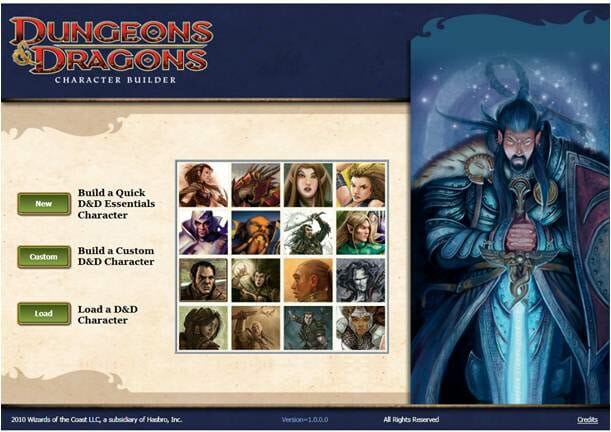 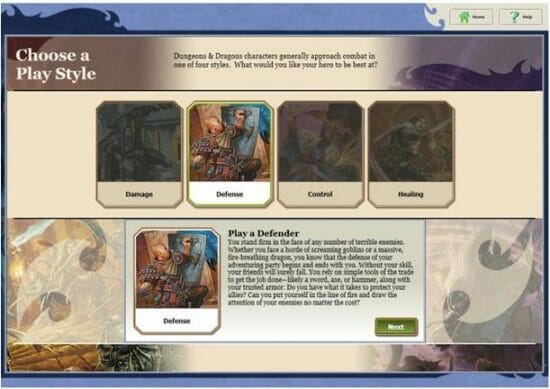 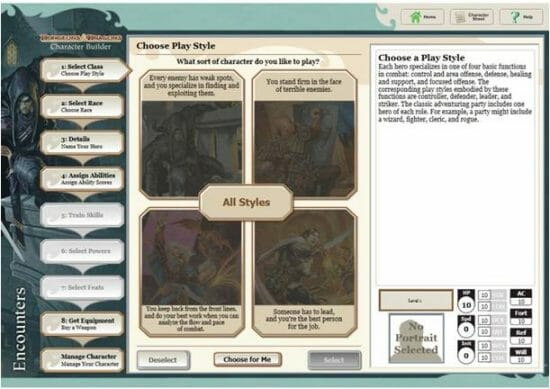 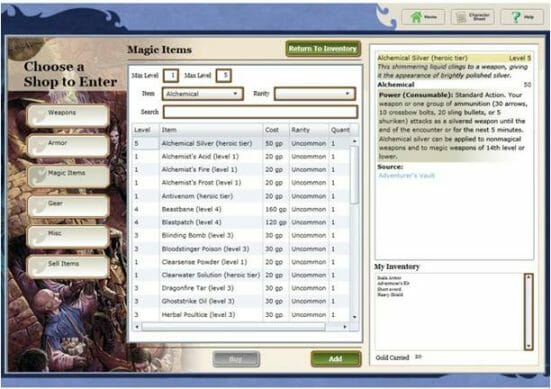 Is D&D Insider’s move to Silverlight for Character Builder too little, too late?

time to read: 3 min
Movies Sucker Punch: Full and amazing trailer
Comics Lenore comic #2 – Roman Dirge and @lenorecomics…
💰 Copper Coins 💰 Geek Native is an affiliate and may earn commission on purchases you make from third-party sites.
🍪 Privacy & Cookies 🍪 The site uses cookies to survive. By accessing the site, you agree to use your browser to control cookie use or take 1d4-3 privacy damage (tracking). If you defeat cookies via ad blocking, please consider the Patreon. An intro to cookies, and how to control them, can be found here. I Manage Cookies