You are here: Home / Geek Stuff / Super-light: A review of Worlds in Peril

The bar-raising, mind-blowing Apocalypse World has taken the hobby by storm, quickly moving from its post-apocalypse roots to old-school swords-and-sorcery with Dungeon World, urban fantasy with Monster of the Week, teen romance with Monsterhearts, even professional wrestling with World Wide Wrestling. Now, Kyle Simmons has brought the apocalypse to the realm of superheroes with Worlds in Peril. 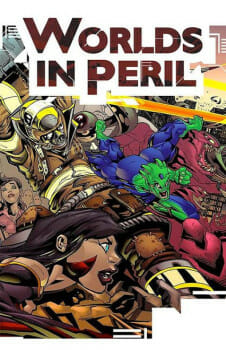 For those not in the know, the Apocalypse Engine, as first seen in 2010’s Apocalypse World, is a system that, like fellow hobby usurper Fate Core, focuses on a philosophy of play rather than rigid rules. That philosophy is the idea of roleplaying as a conversation between the GM (called the Editor-in-Chief in Words in Peril) and the players. The rules in an Apocalypse-powered game are more designed to throw swerves into the collaborative narrative between players rather than to adjudicate or mechanize the world of the game. For example, in more traditional roleplaying games, tripping your foe in combat might have a certain procedure that imposes bonuses or penalties to dice rolls; in an Apocalypse Engine game, a tripped foe is on the ground, and thus can’t do things that require that foe to be standing, like running away. This is called narrative justification, and it’s one of the main tools used to balance gameplay in an Apocalypse-powered game.

For better or for worse, Worlds in Peril relies heavily on this idea. There are no lists of powers, here, with rankings and rules and such; players creating new heroes simply decide what kind of powers they want, then describe the limitations of that power in broad categories like what should be simple, what should be difficult, what should be impossible, etc. There are no hitpoints, stamina points, or fate points here: instead, heroes get conditions that, although having varying degrees of severity, are largely narrative in nature. There are no character classes, or “playbooks” as they’re known to Apocalyse veterans; interesingly, Worlds in Peril instead uses a hero’s origins to further refine that hero’s capabilities. Mechanically, these origins boil down to little more than a few extra abilities in a hero’s arsenal; the bigger draw to these origins is in the kind of story potential they bring to the table, in how your character is depicted in-game, the kinds of enemies your character may have, and the kind of mundane life your hero might have when he or she is not being a hero. About the only other mechanic with any real heft here is the way Worlds in Peril handles bonds. Unlike many other Apocalypse Engine games, hero PCs in Worlds in Peril can have bonds with not only their fellow superheroes but the entire city they’ve sworn to protect. A hero can even have a bond with his or her arch-nemesis! A bond can be “burned” to allow a hero to push powers beyond their limits. Even this mechanic, however, levels out to being little more than additional leverage towards that all-important “narrative justification.”

All of this adds up to a game that is very flexible and narrative-based, but at the expense of granularity or, for lack of a better term, “weightiness.” Worlds in Peril is all about the storytelling, with its rules coming off more as guidelines for a shared narrative at the table than actual mechanics. Even moreso than other Apocalypse Engine games, Worlds in Peril feels like the RPG equivalent of an alternative school that’s dispensed with grades and instead gives their students stickers to represent their progress. That’s not necessarily a bad thing, but this game is a rather extreme counterpoint to heavier supers RPGs like Champions or Mutants & Masterminds. It’s even lighter than light supers games, like Icons or Prowlers & Paragons. If the idea of not having a number or statistic of any kind to represent the capabilities of your hero bothers you, then Worlds in Peril is, very clearly, not going to be your kind of game. Even veterans of the Apocalypse may consider Worlds in Peril a little extreme on the “story over mechanics” front. That being said, Worlds in Peril is indeed a solid entry into the growing stable of games powered by the Apocalypse. If you consider yourself one of the faithful, go ahead and pick up Worlds in Peril, as you will likely not be disappointed.

Indeed, if the game’s blase approach to mechanics is not a turn-off to you, Worlds in Peril will be a delightful treat for your table. The layout and art design of the book is outstanding, and can go toe-to-toe with its more slickly-produced competitors. At a svelte 200 pages, the few rules there are can be picked up in about in a day or two of reading, allowing you to queue up some superhero action in no time flat. If you’re in the market for an ultralight supers game, Worlds in Peril is going to be your Next Big Thing.

My copy of Worlds in Peril was provided for review.

Why not mentions drives? A full 45% of the character?

Super-light: A review of Worlds in Peril 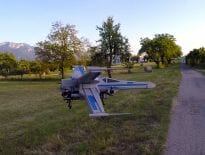 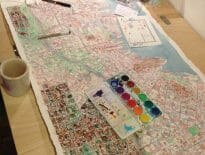