Cargo is a 2013 finalist from Tropfest Australia. It’s the story of one man stuck in the middle of a zombie apocalypse and the effort he goes to in order to protect his infant daughter.

Leap on this teleport link and be whisked off to a randomly selected new video. 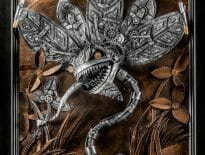 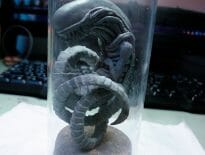 Geek Stuff Put it next to your RPGS? A custom alien embryo ja…
wpDiscuzComment Author Info