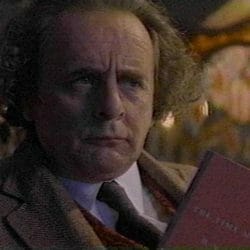 Sylvester McCoy, the British actor who played the 7th Doctor in Doctor Who, has told fans he has a role in The Hobbit movie. At the Armagddeon Expo in New Zealand McCoy told fans he has been cast as Radagast the Brown although no contracts have been signed and filming is currently on hold due […]