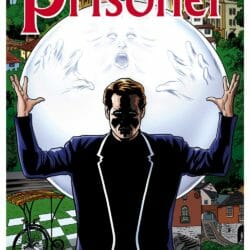 Titan Comics have two new The Prisoner projects in the works, under license from ITV Studios and timed to coincide with the 50th Anniversary for the first US transmission of the show in 1968. The Prisoner aired in Canada and the UK the year before. Co-created, written, directed and famously starring by Patrick McGoohan (also […]