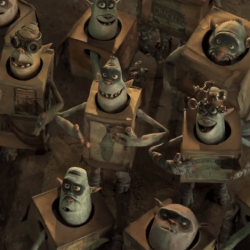 With Ben Kingsley and Elle Fanning Boxtrolls is an animation based on Alan Snow’s “Here Be Monsters” children’s novel. It follows a young boy who was raised by underground trash-collecting monsters as he battles against an evil exterminator. The original Alan Snow story was subtitled “An adventure involving magic, trolls, and other creatures” and came […]