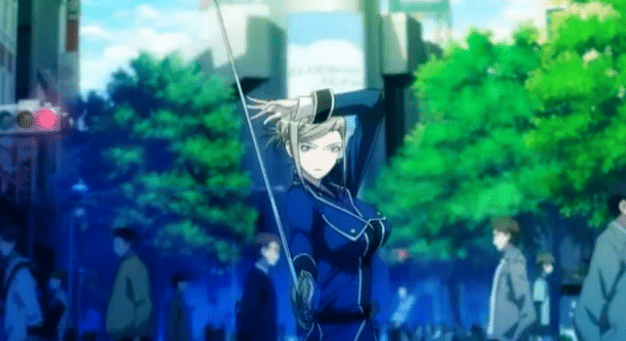 Studio GoHands have released the trailer for their brand new anime series - K. K is a for TV series produced by Gou Nakanishi (Heoric Age, Negima and Asura Cryin'). The studio is being crypt about the plot but we know, at lesat, that the white haired young man is called Isana Yashiro. There's a swordsman called Yatogami Kuroh.