In the previous post in the “2019 best selling” series, we looked at the top ten anime and cartoon RPGs.

In this post, we’re counting up those RPGs, accessories and supplements published this year and uploaded with the “Family” tag.

The top ten best selling family RPGs and supplements that were published this year.

As you will have probably expected, there’s some overlap between the anime/cartoon RPGs and the family-appropriate ones. However, that overlap isn’t any more significant than the fantasy and sci-fi one, or even the sci-fi and anime one.

We talked to Hero Forge Games, who published Hero Kids, during Superhero Week this year at Geek Native. The RPG has a Creator’s Guild which provides a framework for other designers to create and sell content for it.

Is it expensive buying RPG goodies for family-friendly RPGs? The short answer is; no. The average price of the top ten is $10.01.

Hero Forge also made the list last year but so did W.M. Akers with Deadball and Martin Lloyd’s Amazing Tales.

The best selling family RPGs of 2019 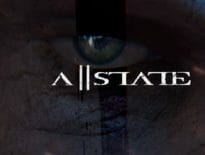 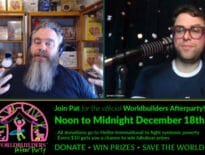 Tabletop & RPGs Patrick Rothfuss to launch regular Temerant RPG po…
💰 Copper Coins 💰 Geek Native is an affiliate and may earn commission on purchases you make from third-party sites.
🍪 Privacy & Cookies 🍪 The site uses cookies to survive. By accessing the site, you agree to use your browser to control cookie use or take 1d4-3 privacy damage (tracking). If you defeat cookies via ad blocking, please consider the Patreon. An intro to cookies, and how to control them, can be found here. I Manage Cookies