You are here: Home / Games / Tabletop & RPGs / Is there room for alien tentacle sex in your campaign? 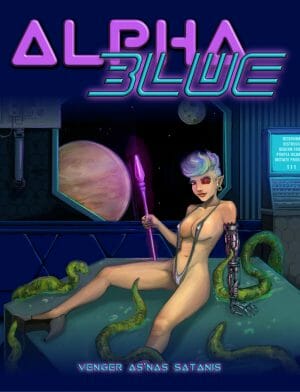 Alpha Blue is a brand new book from Kort’thalis Publishing, written by Venger Satanis, as promised after a successful Kickstarter.

In the Kickstarter campaign page Satanis explains that Alpha Blue was once a space station devoted to the study of sex addiction and the rehabilitation of its clientele. Those days, however, are over. Now it’s a space brothel that floats from planet to planet.

In the DriveThruRPG sales page Venger also speculations that some gamers wouldn’t read a free copy of the game if it was shoved in their face due to the raunchy, perverted and sometimes just plain gross contents.

Do we want perversions and gross-outs in our tabletop encounters? It’s clear that some gamers – perhaps many do – as the Kickstarter smashed its target and Alpha Blue is selling. In fact, if you’re reading this debate on Jan 11th 2016 then you’re here on sale day and could score a 50% discount if alien tentacle sex is a temptation.

Venger Satanis kindly agreed to tackle some questions head on. Are you ready? Here goes!

Q: No one really needs a RPG set in a space brothel. People are buying this for the sexy pictures and smut. Right?

A: Haha. I certainly hope so! No, but seriously… no one really needs a roleplaying game. Period. It’s entertainment, escapism, fun with friends – perhap therapeutic or cathartic. Some might even call it art. If it is, then Alpha Blue is just another case of art imitating life. Sex doesn’t sell because no one has ever seen boobs before. Human beings are sexual creatures. Sex makes the world go round, as they say. It’s important and, I believe, worthy enough to be included in RPG books.

Q: In your Kickstarter you say that Alpha Blue will be a gaming aid that helps you and people like you take their roleplaying to the next level. It could be argued that the game does exactly the opposite, offering the guilty pleasures of base desires rather than pushing people towards transformative thoughts. If not; what sort of rubbish space brothel is this?

A: First, I don’t agree that sex (or any physical pleasure) should be relegated to “base desires” as if eroticism was nothing more than the gutter of sensations. Sex can be transformative, just like philosophy, poetry, and spirituality.

Second, Alpha Blue isn’t just an opportunity for adding futuristic hanky-panky into your game. It’s all part of the vintage 70’s vibe (late 60’s to early 80’s, actually). It’s game mechanics are also light years (sorry, couldn’t help myself) beyond what I grew up on decades ago. Exhaustive skill lists and ability scores with little modifiers and bonuses? Gone. Specific rules for grappling, tumbling, or called shots? You’ll never have to look that shit up again. And yet, Alpha Blue has a definite old school feel. Lots and lots of random tables while granting the Space Dungeon Master a chance to interpret the rules as he sees fit.

Q: Is there anything in Alpha Blue that’ll appeal to women, heterosexual, lesbian, bi or curious? Isn’t this supplement just a treat for the lads?

A: I think nearly everyone can relate to sex, highlighting gender and orientation issues should be a no-brainer. There are discreet nods to straight women and gay men in the book. Lesbians and bi-sexual women should feel right at home. But at the end of the day, yes, I’m guilty of pandering to my own heterosexual male bias.

Q: There’s a lot of tables in Alpha Blue. That’s clever psychology. Rather than a DM or player suggesting a character is sexually dominated by a cat-girl alien with a whip because they openly wanted it to happen they get to say the dice made it happen. Alpha Blue just empowers escapism protected by alibi.

A: Yes, that’s the general idea. Letting the dice decide can loosen inhibitions. I probably wouldn’t choose to play a character who’s a gay man; however, if I happened to roll that as a sexual fantasy/fetish, then I’d roleplay it as best I could. There’s bound to be some discomfort when exploring sexuality at the game table… at first, and especially among strangers. But I’ve learned that in time, the walls can come down, allowing for a “safe” atmosphere where roleplaying, character development, and storytelling can flourish.

A: Yes, it will be limited. That’s a drawback, but including the sexual aspects of this micro-genre was something I really wanted to tackle. Definitely a niche within a niche. Although, Alpha Blue has some great sci-fi stuff like alien quirks, mannerisms, and customs, mutations, bizarre and funny cocktails, cool space station and starship plans, and just so many things in its 111 pages. Groups don’t have to focus on the sex. It could just be in the background while the foreground seems more like Battlestar Galactica or Buck Rogers… with disco, of course.

Guess we’ll find out when I next run our D&D campaign… ;-)

Is there room for alien tentacle sex in your campaign? 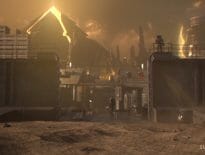 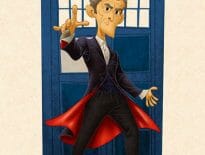