You are here: Home / Books / Hacker culture: A review of The Art of Watch_Dogs 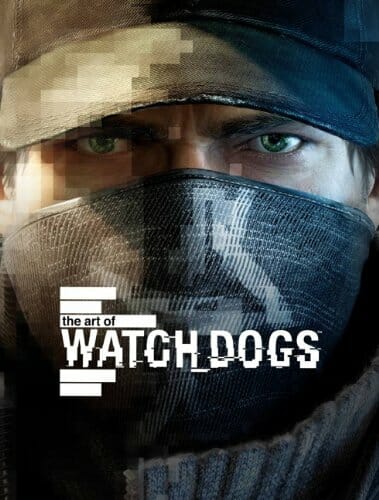 The Art of Watch Dogs @ Amazon

Ubisoft’s Watch_Dogs is proving to be very popular. Aiden Pearce is a vigilante (or criminal) with a talent set that speaks to geeks. There’s no doubt that Ubisoft Montreal have created an engaging and clever game; mixing hacking with a gorgeous open world. It is also true that part of Watch_Dog’s appeal is that it feels part of geek culture.

Games that tap into geek culture tend to be ones that people seek collectable accessories for. With Watch_Dogs I also imagine a few gaming groups are wondering whether they can bring ctOS and Chicago to their tabletop roleplaying too. Either way; a good quality “Art of” book is a must and sure enough that’s exactly what Ubisoft has green-lit.

The Art of Watch_Dogs has three core foundations. Firstly; the game is gorgeous – especially for an open world. Secondly; the book is being put together by Titan Books who are very good at this style of book as Man, Machines & Monsters and The Art of Titanfall prove. Lastly; Andy McVittie is at the helm for this project. As it happens, McVittie is the same guy responsible for the Titanfall art book so we know he can deliver. He’s a gamer too.

There are only four chapters in the book and these are topped and tailed with forwards by Mathieu Leduc and Sidonie Weber and acknowledgements. Leduc and Weber are art directors for the project. I understand exactly what Sidonie Weber says when she talks about Chicago as inspiration for Watch_Dogs and the juxtaposition it could offer. The four chapters then are: Dramatis Personae, The Living City, The Underground and Everything is Connected.

There’s lots of variety in The Art of Watch_Dogs. The first chapter, Dramatis Personae, likes to give us top quality illustrations of the key characters in the book along with some insight on them. I was very much reminded of tabletop NPC sourcebooks. However, The Living City is a different style all together and favours putting multiple landscapes together on a single page. There was clearly a lot of illustrations to pick from and the second chapter alone must have been a horror to edit and curate. The style changes again as we hit the Underground. There’s actually pages of ASCII art. ASCII art in a hardback book? There’s enough to set the theme and perhaps just shy of being too much. Finally, it’s the Everything is Connected chapter that reveals all the spy cameras, the ctOS and the tech of the early cyber era.

There’s a lot to like in this book. It’s a great tribute to the game and for fans it feels like a great addition to the collection. At the start of the review I mentioned gamers looking to adapt Ubisoft’s world for tabletop play and I think this is the best help they’ll get shy of the company actually handing the license over to an RPG publisher.

The following video is a tour of the book and is composed of partial photographs of the pages which are stitched together by Google+’s Auto Awesome movie maker. There’s a filter, out of focus pictures and a canned soundtrack. Art Directors may shudder at the experience but hopefully it acts as a fair use review of the actual art content of the hardback.

Hacker culture: A review of The Art of Watch_Dogs

Geek Stuff Game of Thrones Edinburgh
💰 Copper Coins 💰 Geek Native is an affiliate and may earn commission on purchases you make from third-party sites.
🍪 Privacy & Cookies 🍪 The site uses cookies to survive. By accessing the site, you agree to use your browser to control cookie use or take 1d4-3 privacy damage (tracking). If you defeat cookies via ad blocking, please consider the Patreon. An intro to cookies, and how to control them, can be found here. I Manage Cookies