Dungeons and Dragons 4 pushed into digital. You know, I might still have a subscription to the package but I’ve not used it in years and it was four years ago Geek Native discussed the merits of moving to Silverlight.

It’s been tough for Wizards of the Coast. Damned if they do – not what some of the old school players wanted. Damned if they didn’t – arguably digital is exactly what the hobby needs to bring in fresh players. What actually happened was neither a do/do not. Wizards tried and were only able to scratch the surface.

It comes as no surprise that they’re bringing on third party help for D&D 5. The company has announced “Codename: Morningstar” which will be built, according to a site announcement by Trapdoor Technologies. Wizards say;

Trapdoor is working on an integrated toolset and rules knowledge base to support the new edition of Dungeons & Dragons. Combining rules, character sheets, and adventures together into a clean interface, Trapdoor’s goal is to create tools for Dungeon Masters and players that will allow for fast and easy management of their game. Known for now as Codename: Morningstar, the tools will have a limited playtest at Origins Game Fair. 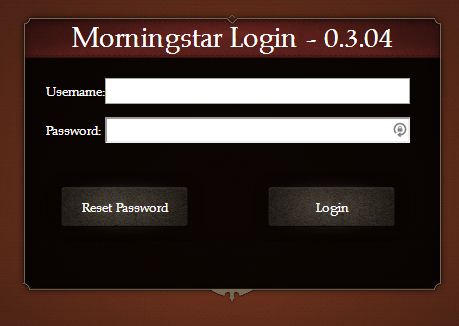 We can determine a little more about the “integrated toolset and rules knowledge base” from Trapdoor’s LinkedIn profile, though. We can also see that the company has less than 10 employees and is based in Boulder.

Trapdoor’s flagship product is “The Story Machine.” It is an automated and cloud-based publishing engine that offers interactive features for digital books. It works for tablets and smartphones running iOS and Android. Trapdoor mentions leveraging how people actually learn, explore and play. As it happens “tabletop games” does appear in a list of specialties in the company’s profile.

The book aspect of Trapdoor is most visible via Trapdoor Books.

We are an emerging small press located in Lyons, Colorado. We publish, print and sell geek fiction books. Our philosophy is that some of the best writers in the world are unpublished and waiting to be discovered and the fiction publishing industry can use a fresh injection of new authors and ideas.

Geek Stuff Hey, evil GM – here’s how to feed your…

Console E3: Destiny looks amazing
💰 Copper Coins 💰 Geek Native is an affiliate and may earn commission on purchases you make from third-party sites.
🍪 Privacy & Cookies 🍪 The site uses cookies to survive. By accessing the site, you agree to use your browser to control cookie use or take 1d4-3 privacy damage (tracking). If you defeat cookies via ad blocking, please consider the Patreon. An intro to cookies, and how to control them, can be found here. I Manage Cookies