You are here: Home / Games / Tabletop & RPGs / Vampires of Sorrow: A Review of The Ravens of Despair, for Doctor Who 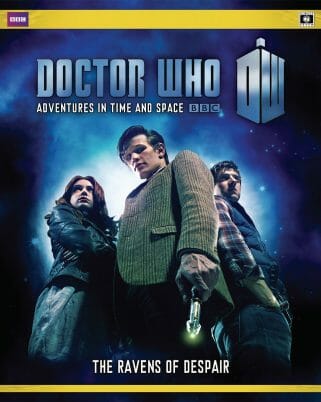 Do you remember in The Mind Terrors when the TARDIS landed in ancient Rome and The Doctor narrowly avoided a death in the gladiatorial area with the offer of a Jelly Baby? You know the one where The Doctor and Sarah Jane found Rome besieged and battered by fierce barbarians, because the spirit of city had been lost? You know, the one where they discovered the nest of Ravens beneath the heart of the city, drawing on the sorrow and despair?

No, I don’t either; but your players will after you’ve finished your next adventure.

Form
The Ravens of Despair is a 15-page PDF, written by Steve Darlington, featuring the Eleventh Doctor, Amy and Rory on the cover. The supplement follows the same format and style as the core rules and supplements, with two columns, TARDIS blue sidebars and lashings of images from recent episodes of Doctor Who.

Features
Cubicle 7 have been producing solid and entertaining material for the Doctor Who game over the last year or so – including the rather fascinating Doctor Sourcebooks. However, what they’ve been missing were those brief pieces – like one-shot adventures – which once would have graced the pages of roleplaying magazines.

Often feels the days have long past when you could go out to your local newsagent or game store, pick out an issue of the latest gaming magazine, and find a smorgasbord of neat new ideas.

The Ravens of Despair provides a one-stop info-drop of background, creature stats, and adventure hooks intended to provide a gamemaster with enough new material for several adventures. You get ideas in this supplement sure to mean that you’ll find something to fit your group style, even if you have opted for something grounded and terrestrial-based, like UNIT or Torchwood.

The material starts with a four page overview that describes the Ravens, their history, creation and purpose, and what they look like. Creatures created when even Time Lord civilisation was young, they have roamed the universe ever since feeding off sadness and grief. Their creators intended them for a benign and constructive purpose, at least from their otherworldly and intellectually aloof point of view, but the Ravens appear to have outlived their masters and the plan might have gone a wee bit awry.

You get a full page of stats for the Ravens and the overview of their nature and appearance offers up ideas on how they might fit into your setting and their surroundings.

In Goals, the supplement outlines the current intent and likely cause of their appearance, as well as explaining how they might interact with an Earth-bound setting. Allies and Enemies matches them up with well known adversaries in the Whoniverse, as unseen masterminds, co-conspirators, or direct opponents – certain to catch The Doctor and companions in the crossfire.

Organisation offers the gamemaster options for more powerful Ravens that sometimes appear when command or greater purpose requires it. Rather like traditional fantasy games with enemies set to challenge characters at higher levels, the leaders provide opposition certain to tax the ingenuity and resources of a more experienced group. A further section describes the Habitat of the Ravens, how they travel through space and where to set your classic corridor chases in the climax of the adventure!

As a springboard for creativity, the description of the Ravens of Despair provides plenty of ideas, but in case you’re still struggling, the supplement rounds off with five half-page adventure outlines, including two that provide a two-part story arc for that mid-season episode feel. The adventures provide plenty of familiar faces, like the Judoon, to lure your players into a false sense of security that they might know what’s going on – so the truth will take them unawares.

Final Thoughts
The Ravens of Despair provides the background, purposes and statistics for an insidious enemy ideal as a arc-focussed menace like The Silence or Fenric. Lurking in the shadows, they can serve as a returning antagonist, drawing sustenance and power from the actions of other more obvious foes.

The supplement provides a bunch of ideas and seeds ideal as the basis for an arc or as a quick way to spin out a one-shot, with some really interesting potential.

Vampires of Sorrow: A Review of The Ravens of Despair, for Doctor Who 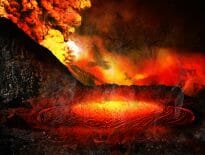