In national news today from the BBC comes the revelation that Leicester City Council is unprepared for zombie invasion. When the zombie invasion occurs in Leicester it will be the council who will have to deal with it.

The discovery follows a Freedom of Information request from a “concerned citizen” and had the council admit they had poor provisions to deal with an attack.

The Council’s Head of Information Governance seemed sympathic to the request. She told the BBC;

“To you it might seem frivolous and a waste of time… but to different people it actually means something,”

This news follows in the wake of police in America being called out to deal with 15 bikini wearing zombie girls after another concerned citizen phoned in to complain. 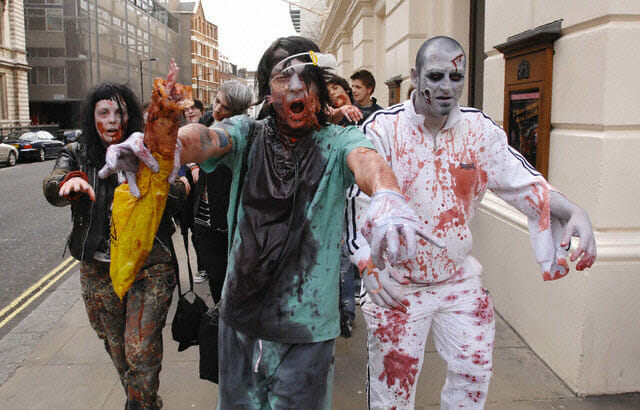 Console More pictures from Syfy’s new sci-fi TV show…
💰 Copper Coins 💰 Geek Native is an affiliate and may earn commission on purchases you make from third-party sites.
🍪 Privacy & Cookies 🍪 The site uses cookies to survive. By accessing the site, you agree to use your browser to control cookie use or take 1d4-3 privacy damage (tracking). If you defeat cookies via ad blocking, please consider the Patreon. An intro to cookies, and how to control them, can be found here. I Manage Cookies