This is such an example; Hasbro has teamed up with Xbox 360 to run an in-game treasure hunt across Splinter Cell: Conviction, PES, Sean White Snowboarding, Rainbow 6: Vegas, Rainbow 6: Vegas 2, Spiderman: Web of Shadows, James Bond: Bloodstone and other games. 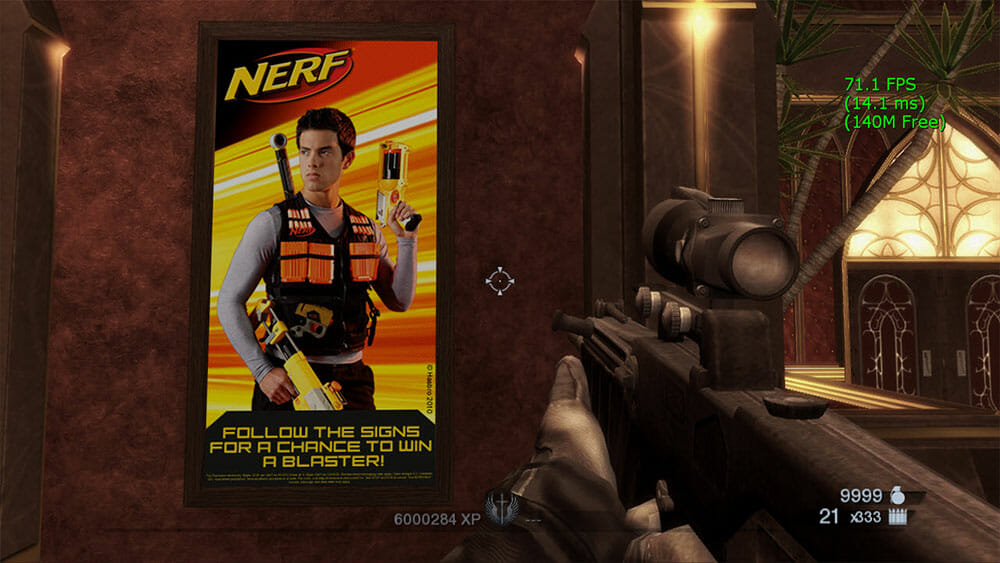 Players simply have to find the NERF posters in the games. This is all powered by the in-game advertising company Massive Inc that Microsoft bought a few years ago.

The game also ties up with text messaging. Following the posters will let players gather up the letters needed to make the word NERF. Then they get this that’ll unlock a secret text number that lets players enter into a draw to win one of the new NERF blasters. 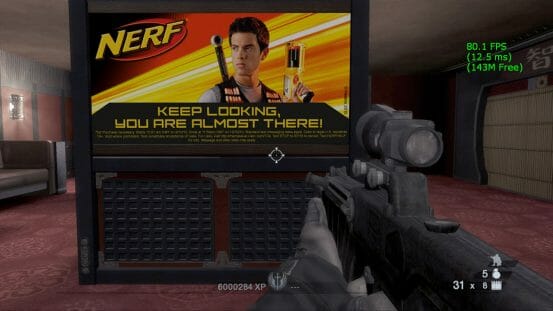 Hasbro will be judging success based on the number of text entries they get. Normally, Hasbro tends to spend its marketing budget on TV and posters. It’s good to see them getting all 2010 with digital. You can see they’re cautiously optimisitic. Antia Melendez, senior brand manager at Hasbro told press;

“This is our first experience with in-game advertising and we are very excited by the NERF Scavenger Hunt as both the creative and execution are so targeted and very relevant for the product.”

This is Hasbro UK too. How nice and forward thinking of them.

What do you think? Temtped by the treasure hunt or do you worry it’ll wreck your usual game play experience? 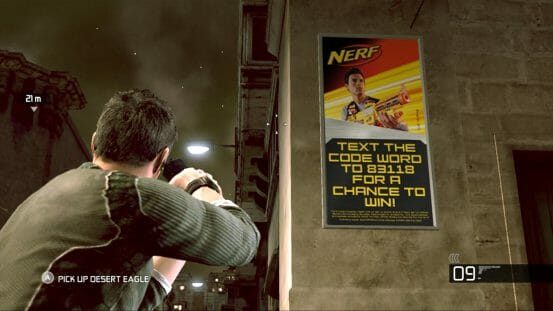 time to read: 1 min
TV New Dirk Gently’s Holistic Dectective Agency…
Tabletop & RPGs Paizo’s 13 real world Venture-Captain coordi…
💰 Copper Coins 💰 Geek Native is an affiliate and may earn commission on purchases you make from third-party sites.
🍪 Privacy & Cookies 🍪 The site uses cookies to survive. By accessing the site, you agree to use your browser to control cookie use or take 1d4-3 privacy damage (tracking). If you defeat cookies via ad blocking, please consider the Patreon. An intro to cookies, and how to control them, can be found here. I Manage Cookies